New Delhi: Tiger Global Management kept up the pace of its India investments in a pandemic year, albeit in fewer deals compared to 2019, data compiled by industry trackers show.

Although the New York-based private equity firm participated in fewer funding rounds, it cut its biggest cheque of $200 million for edtech unicorn Byju’s and followed it up with over a $100 million infusion in Zomato, India’s leading food delivery platform. 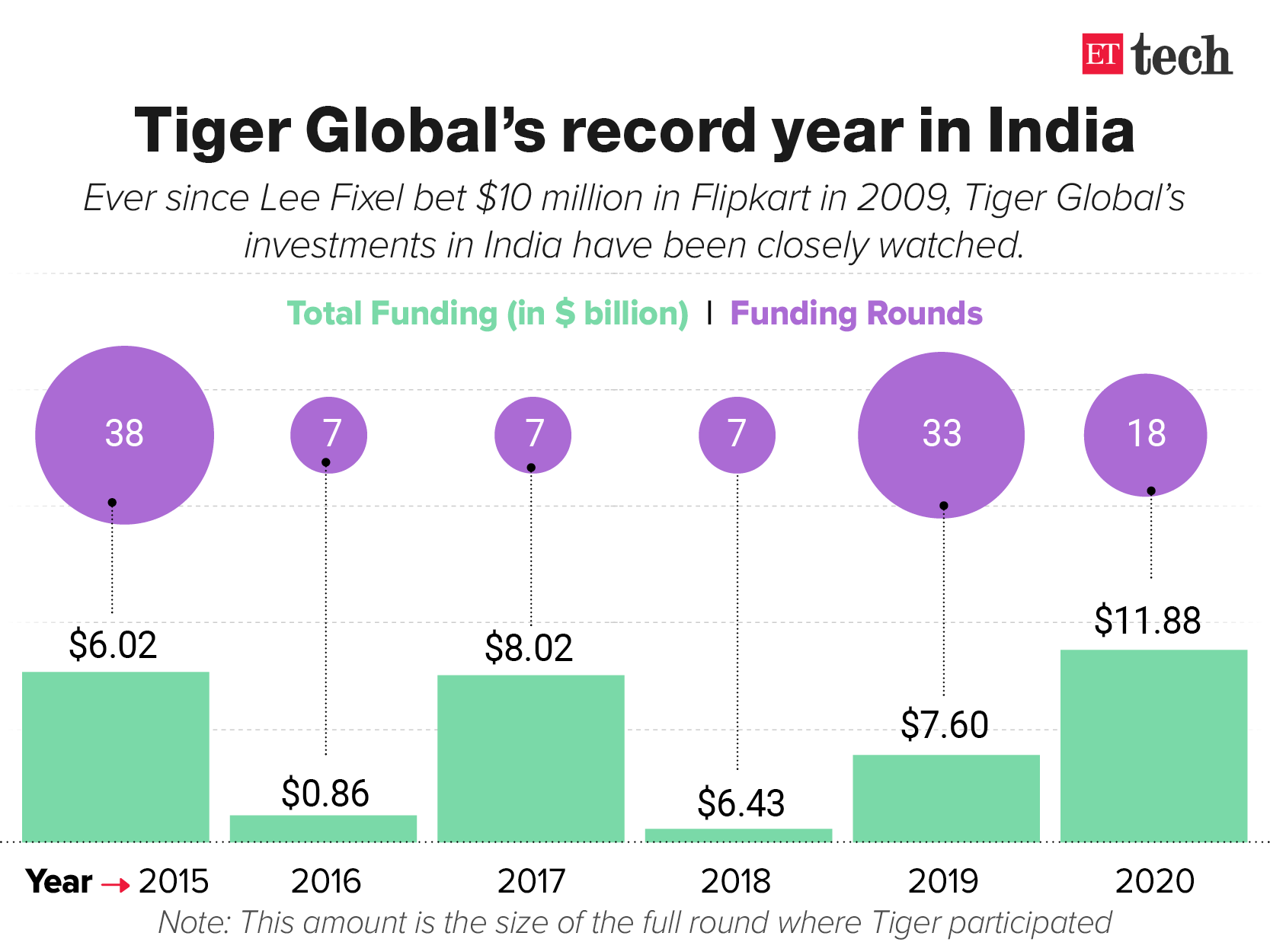 According to Tracxn data, 20% of the 76 private equity rounds that Tiger Global participated in 2020 were in India. And it invested across sectors. Known for being an early investor in Flipkart and a prominent backer among India’s SaaS startups, the private equity firm expanded the spectrum of its India portfolio to include edtech and fantasy sports.

According to Venture Intelligence, Tiger Global’s investment in India tallied at $529 million, second only to SoftBank Group Corp., which invested $799 million in India. Other big investors in the ecosystem included Sequoia Capital India, General Atlantic, and Steadview Capital.

Commenting on its years’ long relationship with Tiger Global, Nitin Saluja, founder of Chaayos, said all its investors bring “an outside perspective and bring up points that make us think farther and deeper.”

Tiger Global did not respond to ET’s query until press time.

How did UK retailers fare over coronavirus-hit Christmas? – ET Retail

The world is our market, says Prime Minister Modi as part of his ‘Aatmanirbhar Bharat’ pitch – ET Retail

From the brink to recovery, India’s retail sector pins hope on 2021 – ET Retail

Soap to slippers: 28 basic items free for farmers at this mall – ET Retail

Welcome to my blog and news portal having update on retail, technology, gadgets, sports, health, investment and travel. Take your time and immerse yourself in this amazing experience!

A top fund manager is bullish on riskier India debt on...

Urban demand picks up after 3 quarters; though rural growth still...

Open chat
1
Powered by
Hi there!
Welcome to our website!
Ask us anything!